What Does THAT Mean?

Have you been ghosted? Has someone been breadcrumbing you? I know when these terms started hitting the dating scene a few years back I was like oh yes this has happened to me many times and now there is a word for it!

I will say it can be comforting to discuss it and now have a word to specifically call it. WOW led is a lot of terms out so I picked some of top ones. This led me to putting together a dating terminology in 2019 tool for all you daters out led.

Some of these you may have heard of and some you may not! Let’s get started with these oh so fun terms!

I learned this one shortly after it came out,the hard way! In my mind, I said sure I enjoy Netflix and chill with my bowl popcorn and my lil doggie by my side. WELL Netflix and chill has a bit of twist to it in the dating world.

Yes sure, Netflix is on in the background and you are doing more than just sitting and chilling. As long as you both are on the same page of actually watching a series together on Netflix OR if it is watching you…if you know what I mean.

So if you played sports and you have been the one getting benched all the time or you knew who the bench warmers were, this is similar in the dating world. Where the person you have been speaking to, dating or have done on a few dates won’t cut you from the team, but they don’t want anything serious with you either.

This is probably a HUGE sign led are more bench warmers than just yourself. There is some breadcrumbing going on to keep you just interested enough as an option.

Did you ever feed geese when you little and you wanted them to swim along the pond with you follow you as you threw little pieces of bread to them and they kept coming for more and sometimes you would throw the tiniest piece? Or even better yet the geese pooping while they walk leaving a trail of poop as they go.

Well that is what breadcrumbing is in essence. Someone gives you very little, a like on Facebook, a heart eyed emoji,but really doesn’t take it anywhere and has no intention to do so. It is a huge ego boost for them and they are doing this with many others. Don’t let the goose poo poo on you!

Is benching on steroids! This is when someone is in a serious committed relationship and doesn’t ever want to be alone, I mean ever. So they have tons of prospects that they bench and use breadcrumbing.

It feeds their ego and making sure they have a back up to yet have another back up person if led relationship doesn’t work out. These people need a bag of the goose poop left on the porch with sign that says YOU STINK!

This is even in Wikipedia ,Ghosting is the ending of a romantic relationship by cutting off all contact and ignoring the former partner’s attempts to reach out. DAMNNN ,has anyone ever been ghosted? You have gone on some great dates, had wonderful connected conversation and really thinking things are going along pretty well. Than they vanish from the earth as if aliens abducted them from planet. If only that were the truth as it would make you at least feel a little better. It’s sudden, no explanation and you can call,text and you all you get is radio silence.

This is creepy to me and a bit disturbing. Have you ever had a person ghost you and than months later they like one of your Facebook posts? Or start following you on Instagram or watch one of your story’s?

A week later they pin your boards on Pinterest? WTF!! They never reach out directly with a phone call or text they just haunt you on your social media. Maybe one needs to call GhostBusters and use the proton pack on these creepers LOL ..BLOCKED!

Catfishing has gotten worse with all the use and increase of the various social media platforms over the years. It’s still out there in a big way. This is someone pretending to be someone they aren’t or using a fake identity. On dating sites someone will use someone else’s photo off a social media site or a model’s picture and try to get your interest.

They are very alluring, flirty and trying to get you to speak to them on romantic level. There are websites such as socialcatfish.com that you can look and verify someone’s identity.

Most times they want to work an angle or sob story to obtain money from you. Some are easy to spot and some are very good at what they do. Be careful and if it feels too good to be true..check, check and check them out some more.

Have had where you reach out to someone you dated a few different times and they don’t respond back? Yet 3 days later they are texting you for a few hours asking you WYD, what have you been up to,never mentioning your several attempts to text them and get a response.

It’s on their terms and when they feel like it reaching out. This will only leave you frustrated and without any answers. Find the closest fire escape route and don’t turn back.

Someone who claims they didn’t know the current relationship was a monogamous one and once confronted about dating others, shifts the blame on you. This is why it is important to know in the beginning what you are looking for and when you start getting to know someone you ask what type of relationship they are looking for too.

Let’s face it though ,we all know there are dishonest people out there. I have gotten caught in this roaching trap with a cockroach and it sucks! Time to get the bug spray out!

You ever stash something away because you don’t want anyone else to see it? I know growing up in a big family I used to hide candy so no one would ever see it or eat it. If you are being stashed like my candy when I was kid,no one ever sees you, meets you and you are invisible.

Stashing is when you are dating someone and you are never introduced to anyone in their lives. No family, friends, co-workers, dog…NO ONE!

They always have excuses or reasons why you can’t meet the people in their lives. They won’t mention you on social media platforms and no pictures exist of you or both of you.

This is your true gamophobia which Wikipedia definition is the fear of getting married, being in a relationship, or commitment. Time to move on and find someone who will show you off like the Starburst you are!

I feel like now you are better prepared to hit the dating scene knowing a bit of the dating terminology in 2019. I am sure this list will grow and new ones will added as the dating scene evolves. We all have to try to keep a positive outlook while also learning as much as we can as we go. There is some harsh truth of what happens too.

Would love to hear your stories, shares and any questions I can help you with noell@thedatingbliss.com 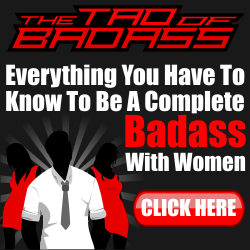 8 thoughts on “Dating Terminology in 2019–Wanna Netflix and Chill?”